Michael Jordan Playing Offense Not ON The Court But IN Court.

Michael Jordan Playing Offense Not ON The Court But IN Court.

Although Michael Jordan retired from the NBA over eight seasons ago, he remains one of the most visible and marketable athletes in the world.  His “Jumpman” logo, the recognizable black and white silhouette of Jordan sailing through the air, has been helping to sell Nike’s Air Jordan brand sneakers for almost 25 years.  Forbes estimates that Jordan makes $60 million annually through endorsements, more than he made at the peak of his powers on the court. In fact, Jordan makes more annually than any athlete except Tiger Woods. Michael Jordan’s Facebook page has 16.8 million fans, over five million more fans than Kobe Bryant, the second most popular NBA player.

Now, Michael Jordan is alleging that Qiaodan Sports, Ltd., one of the leading sports apparel brands in China, is exploiting this popularity and has built its business by using his Chinese name and his number 23 without his authorization. “Qiaodan” (pronounced “CHEEOW-dan”) is the name Jordan has been known by since he gained popularity in China in the mid-1980s. Thousands of reports in well-known media publications such as the People’s Daily, Economic Daily, and China Sports have reported on Michael Jordan’s influence and achievements – consistently referring to him as Qiaodan. 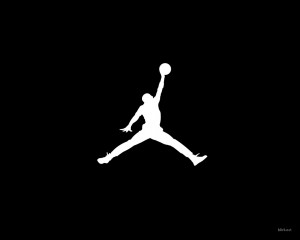 According to Jordan’s complaint, which was filed on February 21, Qiaodan Sports Ltd. has registered the Qiaodan name, the domain name and website http://qiaodan.com.cn, and has filed for over 100 more similar trademarks, including trademarks containing the number 23 and even trademarks consisting of Jordan’s sons’ names.

Jordan also claims that Qiaodan’s marketing tactics and use of his name have misled Chinese consumers into thinking he is affiliated with the brand. The company has used the name in various large-scale advertising campaigns, including a sponsorship of the Federation Internationale de Basketball Amateur. Qiaodan Sports also displayed the name and logo courtside during U.S. NBA games broadcast in China. One Shanghai sports product marketing company conducted an independent survey with 400 respondents in 2009. This survey found that 90 percent of these local young people believed Qiaodan Sports was Michael Jordan’s own brand in China.

According to a statement by Jordan on his website, he is taking this action to “preserve ownership of his name and his brand,” which he has spent 35 years building. He also stated that he takes tremendous pride in the shoes and apparel that display his name and represent his identity and that “no one should lose control of their own name.”

A Qiaodan representative responded to Jordan’s claim by asserting that there are many Jordans besides Michael Jordan and many other celebrities with that name (perhaps he was referring to Los Angeles Clippers center DeAndre Jordan?). Qiaodan also maintained that Jordan’s jersey number is just a number and in no way unique to Michael Jordan. 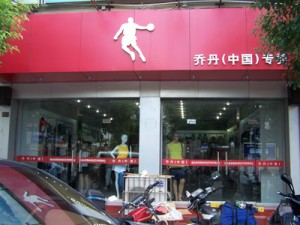 While Qiaodan’s response appears weak, one court in Beijing seemed to agree with it. One week after Jordan filed this court rejected the case because Jordan’s surname is neither distinctive nor unique.  However, Jordan re-filed his complaint in Shanghai, and on March 7th Shanghai’s second intermediate court agreed to hear the case with a trial date to be determined.

Despite the Shanghai court’s acceptance of the case and even though it appears that what Qiaodan is doing is unfair, Jordan faces a long and difficult road ahead. First of all, Nike, which markets the Air Jordan brand in China, failed in its earlier attempts to get China’s trademark office to ban Qiaodan Sports from selling under the name. Nike registered a trademark for “Jordan” in the China in 1993 but did not register the Chinese version of the name, which enabled Qiaodan to successfully apply for it in 1997. 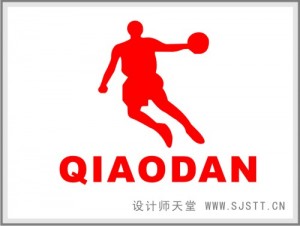 Next, Chinese trademark law only affords absolute protection to the names of famous public figures such as Chinese political leaders. For famous people not in the public sector, protection is given by Article 31 of the Trademark Law of the People’s Republic of China, which provides that “an application for registration of a trademark shall not create any prejudice to the prior right of another person.” It also states that no unfair means may be used to preemptively register the trademark of the reputation that another person has used. Chinese basketball stars Yao Ming and Yi Jianlian relied on Article 31 in successful claims against companies that used their names without authorization. In those cases, the court found that an “individual’s name right should be recognized as a prior right.”

Even if Jordan could prove that his name is a “prior right,” a further obstacle is that his right to challenge may be time-barred; Article 41 of China’s trademark law requires that any disputes of registered trademarks must be brought within the first five years of registration. Given that the “Qiaodan” mark was submitted for approval in 1997, the statute of limitations has already long passed.

However, Article 41 also provides that when a trademark has been registered in bad faith, the owner of the trademark shall not be bound by the five-year time limit.  Tao Xinliang, president of the Intellectual Property Institute at Shanghai University commented that he believes that Qiaodan Sports registered its trademark maliciously, “since Jordan was famous before the company was even founded.” Jordan, who claims he was unaware of the Qiaodan brand until recently, could also seek to circumvent the five-year limit by establishing that his name is a “well-known mark,” which does not have to be registered to be enforceable. Either way, Jordan still faces an uphill battle as this area of law is highly contentious, and especially as Qiaodan Sports has already managed to establish a sizable presence in China over the past decade, with its revenue increasing from $45.6 million in 2007 to $456.3 million in 2010. 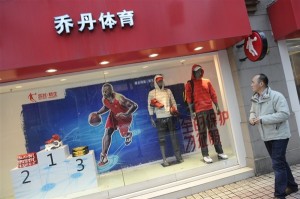 In my opinion, it is clear that Qiaodan Sports is trying to capitalize unfairly off of Jordan’s reputation. The facts of this case, from Qiaodan’s logo to its use of the number 23, clearly illustrate the company’s intent, and the survey mentioned above reveals that the company has been remarkably successful in misleading their target demographic. In addition, the laws of China seem to provide Jordan with enough protection to prevail in this case.  Even Huang Wushuang, a professor at the Intellectual Property Institute of the East China University of Political Science and Law in Shanghai defends China’s trademark laws. “The laws are sound, but some people in China just like to be free riders.”

Additionally, I would not expect a settlement to occur, because Qiaodan Sports is now a thriving, established brand in China and for it to agree to Michael Jordan’s demands would mean having to change the name of the company, not simply modifying a logo or agreeing to stop using the number 23. Last month, In-N-Out Burger, the California burger chain, settled with another company, CaliBurger, which was ripping off its likeness in China. In this case, however, CaliBurger was a new restaurant with a less-established presence and was legally allowed to remain using the CaliBurger name.

Although Michael Jordan’s case might be problematic, if his will to win extends from the basketball court to the courtroom, I certainly would not bet against him.

Steven Daroci is a second year student at Fordham Law School. He grew up in New Jersey and graduated from Georgetown University.