With YouTube in its Cites, the Second Circuit Hands Viacom a BB Gun

With YouTube in its Cites, the Second Circuit Hands Viacom a BB Gun

While SOPA and SOPA 2.0 have been getting all the attention, the Digital Millennium Copyright Act (DMCA) is still very much alive, and the Second Circuit recently handed down an important decision interpreting the statute. Unfortunately for YouTube, which had been granted summary judgment, the decision revives the litigation, and the decision has been called a major defeat for the site and user-generated content sites in general. While it is hard not to call it a loss, it is not a bad one, with the Court of Appeals generally agreeing with the district court. However, the court did give content providers a couple of new avenues of attack, which may make the Second Circuit a slightly more popular venue for future infringement suits.

As we wrote previously, Viacom, a major content provider, sued YouTube in 2007, alleging that clips hosted on the site violated its copyrights. YouTube argued that the site was protected by the safe harbor provisions of the DMCA (§512(c)), and Judge Louis Stanton in the Southern District of New York agreed, granting summary judgment. Of course, with over a billion dollars on the table and important precedent on the line, the story was not going to end there. 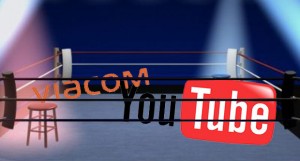 The main question on appeal was how much could YouTube know about the existence of infringing content and still be protected by the safe harbor provision? Clearly, having actual knowledge of specific infringing material would disqualify the site. The statute is clear on this point: “does not have actual knowledge that the material . . . is infringing,” §512(c)(1)(A)(i). However, the statute contains a second, related provision: “in the absence of such actual knowledge, is not aware of facts or circumstances from which infringing activity is apparent,” §512(c)(1)(A)(ii). The controversy revolved around this second, “red flag” test. A couple of surveys suggested to the court that YouTube was generally aware that there were a significant number of infringing videos. However, because the statute requires removing the infringing material, the court, affirming the district court on this point, held that only knowledge indicating specific instances of infringement will disqualify a service provider. Otherwise, it would be impossible for a service provider to comply (i.e., to take down the content).

Viacom argued that if the “red flag” test requires knowledge of specific infringing activity, it is superfluous, since the actual knowledge test requires the same. However, the Second Circuit distinguished the two based not on specific versus general knowledge but rather on subjective versus objective standards. That is, the “red flag” test is really asking whether a service provider was aware of facts that would lead a reasonable person to find specific infringement (i.e., an objective standard).

Without an obligation to followup on a general awareness of infringement, sites effectively put the burden of policing content on copyright holders. With courts being consistently unwilling to shift some of this burden to the sites, it seems likely that content providers will continue to lobby Congress for SOPA-like legislation. 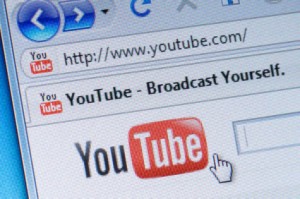 So why is YouTube not celebrating? The court points to a few emails leftover from their startup days that discuss specific, infringing material. The district court has been charged with determining on remand whether any of the mentioned videos are part of the suit.

Lastly, the court touched on the common law doctrine of willful blindness, holding that it is applicable in copyright cases and should be analyzed by the district court on remand. However, there was little discussion of how the doctrine should be applied, which may leave many UCG sites wondering how to deal with the issue moving forward. (The court only cites In re Aimster, 343 F.3d 643, where the online service provider intentionally encrypted all communications, such that it would be impossible to ever determine the identity of an infringer.)

Going back to the Second Circuit’s decision in Shapiro, Bernstein & Co. v. H. L. Green Co., 316 F.2d 304, the common law has recognized the doctrine of vicarious liability. The DMCA codifies it by stating that a service provider cannot “receive a financial benefit directly attributable to the infringing activity, in a case in which the service provider has the right and ability to control such activity,” §512(c)(1)(B).

Courts have struggled in applying the doctrine in the Internet context though. The district court, as well as the Ninth Circuit in UMG Recordings v. Shelter Capital Partners, 667 F.3d 1022, responded by reading in a knowledge component, but the Second Circuit rejected this approach, reversing and remanding, as it would be duplicative of the knowledge prong if so interpreted. The court also rejected Viacom’s approach, where having the ability to block a user’s access constitutes control over. Because the statute presumes such an ability, this interpretation would leave the statute internally inconsistent.

Instead, the court, like several before it, adopted a “something more” standard, something beyond just being able to remove or block access to a user. There is little guidance given beyond that though, and only one example of qualifying behavior is discussed: a provider exercising a high-degree of editorial control, directing layout, appearance, and content, as in Perfect 10, Inc. v. Cybernet Ventures, 213 F. Supp. 2d 1146.

Part of what seems lost in the discussion is the inability of the doctrine to scale along with the ever-increasing size of the Internet. Where a department store could police a kiosk with which it shares profits, how could one argue that YouTube has the right and ability to control the 8 years of content uploaded every day? After all, ability is not just having the power to control; exercising that control must also be feasible.

“By Reason of” Storage

The court also confirmed that the safe harbor covered more than just digital, storage lockers, including YouTube’s conversion, playback, and “related videos” features. This result is very reassuring for YouTube and other UGC sites, even if it was somewhat expected. However, once again, YouTube may have stepped slightly over the line when it “syndicated” a number of videos to Verizon Wireless. While none of these videos were part of the present suit, the court remanded to determine whether any of the clips that are in the suit were syndicated to any third party. 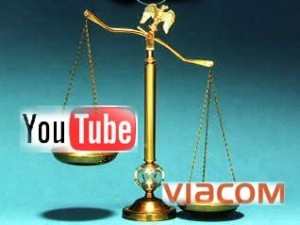 As far as reversals go, YouTube fared quite well. Affirming the district court’s holding that knowledge of specific instances of infringement is required for liability is an important win for UGC sites. The court also makes it clear that the safe harbor protects against “all affirmative claims for monetary relief,” leaving only injunctive relief available. On the other hand, copyright holders were given a willful blindness doctrine, but it remains to be seen how effective this will be in practice. They also have a vicarious liability test that does not require knowledge, but this is hardly a victory, given that it just follows the common law test in this regard but now has a heightened standard. Nevertheless, this formulation seems preferable to the plus-knowledge test adopted by the Ninth Circuit and may make the Second Circuit the preferred venue.

In short, little has changed; however, some of this ambiguity may translate into lengthier (i.e., more expensive) trials as there are now more ways to survive summary judgment. This may leave UGC startups with less to celebrate, but it seems likely that YouTube, even in the worst case, will avoid most liability.