In Defense of an Open Source System of Citation 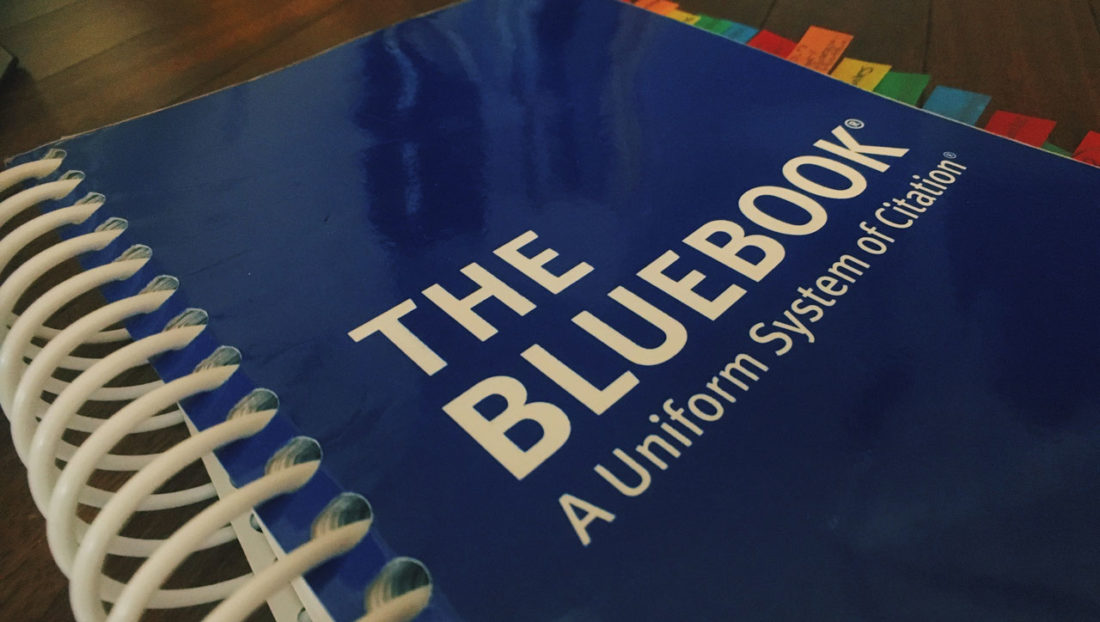 In Defense of an Open Source System of Citation

“The infrastructure of our legal system is a public utility, and belongs to all of us.”1

The Bluebook: comically elaborate, grotesque,2 and seemingly indispensable.3 Among an ever-growing list of complimentary terms, the authoritative legal citation system was most recently called “the most boring piece of intellectual property imaginable.”4 Both the origins of the Bluebook as well as the extent to which its copyright extends are currently up for debate.5

On the topic of its viability, Judge Richard Posner of the United States Court of Appeals for the Seventh Circuit once wrote a review of the legal citation system—then in its sixteenth edition—entitled “Goodbye to the Bluebook”.6 By his own admission, the review was naïve7 and possibly a bit precipitant, but it begs the question: why haven’t we developed anything better? Or, for that matter, something to address the growing disparity between the illustrious principle of free and open access to the law, and the stark reality that intellectual property protections often serve to impede such access.

Enter Baby Blue: a public domain implementation of the Bluebook, licensed under a CC0 license—“No Rights Reserved.”8 Baby Blue represents a product of the tireless efforts of Christopher Sprigman, a professor at NYU School of Law; his team of NYU law students; and Carl Malamud of Public Resource—the same organization currently facing a baffling copyright infringement suit by private standards setting organizations arguing that model code incorporated by reference into state and municipal law remains subject to copyright protection even after incorporation.9 But, I digress. Research performed by Sprigman found that the copyright on the 10th edition of the Bluebook was never renewed, and thus, that edition (and all material contained therein) is now in the public domain.10 Using that material in conjunction with the unprotected portions of the then current 19th edition (identical or trivially dissimilar portions from public domain material contained in the 10th edition) as a foundation, Baby Blue was born.

Over the past few months, the Harvard Law Review Association (HLRA) has failed to follow through with claims that they’ll be making aspects of the Bluebook publicly available,Letter from Peter M. Brody, Partner, Ropes & Gray, LLP, to Christopher Jon Sprigman, Professor of Law, New York University School of Law (Nov. 7, 2014). and has instead sought to thwart publication of Baby Blue and protect its lucrative publication monopoly. Arguing that Baby Blue includes content identical to or substantially similar to content or other original aspects of the Bluebook currently protected by copyright, the HLRA has cast a shadow of litigation, which continues to hang over Baby Blue even after its release. Absent direct copying of copyrighted text, however, it is unlikely that the HLRA could present a viable claim of ownership over the citation system itself, primarily because systems are explicitly outlined as not being protected by copyright.11 At best, their copyright covers the expression of that system, not the system generally. The fact that the Bluebook is titled “A Uniform System of Citation” is unlikely to bolster its case.

Even if the HLRA had a viable claim for copyright infringement, their assertion of it over an open source, public domain citation system whose goals include: 1) providing free and open access to the language of the law for pro se litigations, prisoners, legal clinics, and other individuals lacking resources; 2) reducing the barriers to entry into our legal system; and 3) fostering growth and improvement for the citation system by making it free of copyright restrictions; seems somewhat misguided.12 Indeed, it functions as a slight to the organization’s claims of promoting knowledge and access to legal scholarship, as well as the legal system it purports to serve.

Regardless of whether or not Baby Blue represents a threat to the Bluebook’s funding, history is littered with examples of companies that have not only been able to exist in a marketplace with freely available alternatives, but thrive: Microsoft continues to exist despite Linux; cable TV despite broadcast TV; Oracle despite MySQL; and satellite radio despite terrestrial radio. Intellectual property protections serve a valuable purpose, but impeding access to the infrastructure and language of the law is not one of them.

Tim Carter is a second year evening student at Fordham Law School and a staff member of the Fordham Intellectual Property, Media & Entertainment Law Journal. During the day, Tim works in the legal department for a major media company, advising on fair use and right of publicity matters, as well as handling intellectual property licensing.