Notorious: Manipulating the Media
Premiering on Thursday, September 22 at 9pm (EDT), ABC’s new series NOTORIOUS takes a provocative look at lawyers and the media they manipulate. The dangerously close relationship between lawyers and channels of communication can easily blur the line between fact and fiction, resulting in extreme public prejudice toward a pending case. Without undue influence, the media is a powerful tool for any attorney.
Notorious, Television, Premiere, ABC
23179
post-template-default,single,single-post,postid-23179,single-format-standard,ajax_fade,page_not_loaded,,select-theme-ver-3.3,wpb-js-composer js-comp-ver-6.0.5,vc_responsive 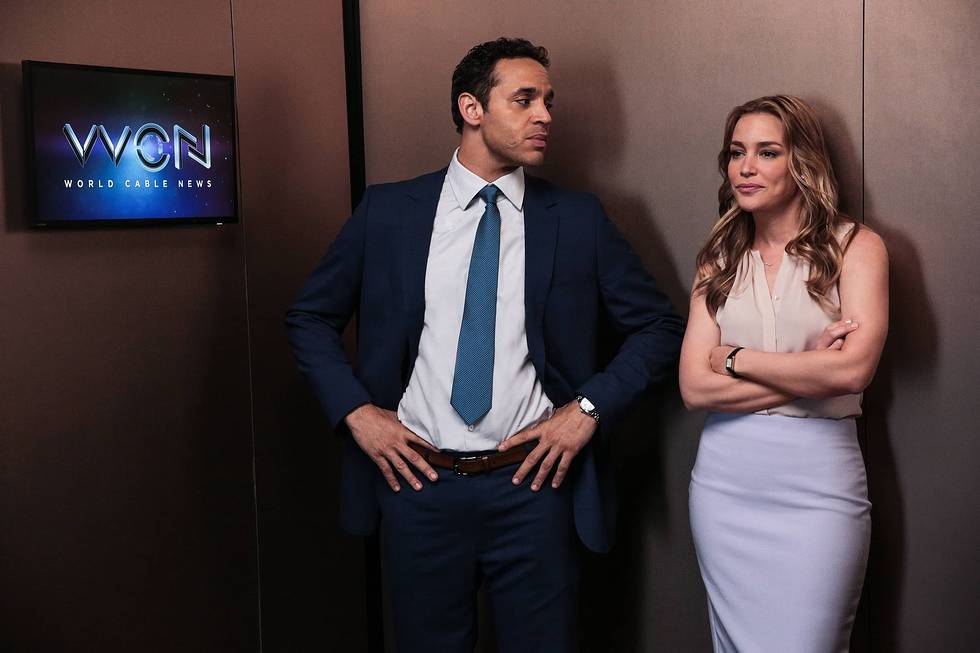 Premiering on Thursday, September 22 at 9pm (EDT), ABC’s new series NOTORIOUS takes a provocative look at lawyers and the media they manipulate. The dangerously close relationship between lawyers and channels of communication can easily blur the line between fact and fiction, resulting in extreme public prejudice toward a pending case. Without undue influence, the media is a powerful tool for any attorney. An open mic can easily sway potential jurors and allow public opinion to decide a case before a charge is even made. Recently, The People v. O.J. Simpson: American Crime Story delved into the seismic effect that the media exerted on the trial of the century. This criminal case quickly devolved into a conflict of race identification and celebrity culture.

Here, Notorious exposes a different coercive effect of the media. Rather than directly opposing one another, the lawyers of Notorious provide their media associates with great “scoops” in return for access to millions of American’s television sets. The first big scene of the premiere appears to be a surprise attack on defense attorney Jake Gregorian (Daniel Sunjata). Audiences will marvel at Jake’s calm dissection of accusations that his client is guilty. Yet this attorney’s calm poise is a clever charade that is revealed to have been orchestrated behind the scenes.

Every line has been set up to create a narrative of reasonable doubt. Undoubtedly, innocent people and the unsuspecting public will get trapped within the webs of deceit, yet the high suspense and thrilling fights will only increase the news program’s ratings. Hence, TV news producer Julia George (Piper Perabo) finds nothing wrong with this clever deception. The façade goes so deep that Julia and Jake even fake an explosive standoff in public, while joking about their personal lives in private. Notorious’s Executive Producer Josh Berman “wanted to start the show with the two of them sharing a secret. Something special between them that illustrates their symbiotic relationship.” 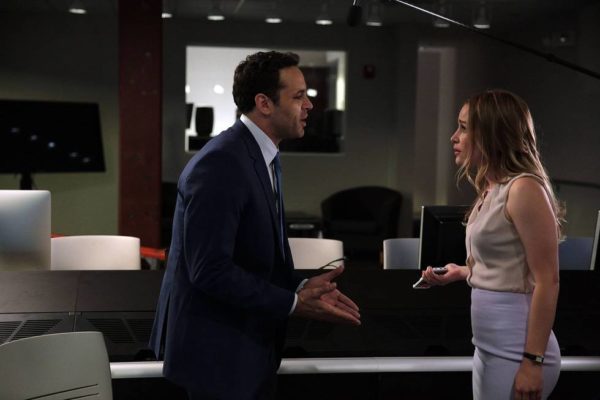 From this scene, Notorious will grip audiences with its cynical yet accurate portrayal of the news media landscape. Look no further than the current presidential election to understand how easily people can manipulate the media to their own advantage. For example, a recent study estimates that Trump received over 2 billion dollars in free media throughout this election cycle.1 EP Josh Berman remarked that “[w]e live in a day where the truth in the news has become subjective. CNN and FOX NEWS cover the same stories but they feel completely different.” Through Notorious, Josh is able to shine a light on the “subjectivity of truth.”

However, a working relationship between lawyers and the gatekeepers of media make for strange bedfellows. Even within the premiere, these business friends have no trepidation in extorting one another in order to achieve their own selfish career goals. In a surprising twist, Julia outwits Jake in a short, yet effective negotiation scene. Julia is able to adeptly utilize her leverage to her opponent’s dismay as she effortlessly completes her hidden agenda. In real life, Jake and Julia are based off of famed Defense Attorney Mark Geragos and Larry King Live Producer Wendy Walker. EP Josh Berman stated that “[i]n real life, [Mark and Wendy] have a complicated and wonderful relationship. They love each other. I want to capture their relationship in the show.” 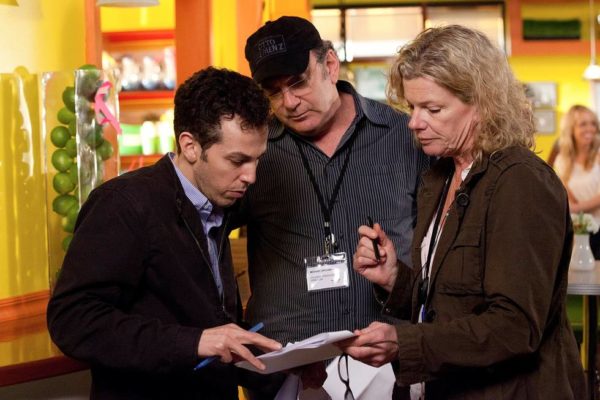 While some of the events that take place within the premiere may appear a little bit convoluted, the initial episode does a phenomenal job of setting the stage for the cast of characters. By the end of the premiere, the show has established two very compelling and complex characters that have already suffered emotional hardships. Furthermore, a significant roster of minor characters will enable audiences to speculate about who is working with or against Jake and Julia.

Don’t miss the start of this exciting new series, premiering on Thursday, September 22 at 9pm (EDT), on ABC!!!

Anthony Zangrillo is a third year student at Fordham University School of Law and the Online Editor of the Fordham Intellectual Property, Media & Entertainment Law Journal. He will be joining the Capital Markets group at Weil, Gotshal & Manges LLP after graduation. While an undergraduate student at NYU, he founded the Motion Picture Club. (http://www.motionpictureclubs.com). You can find him on Twitter at @FordhamIPLJ.