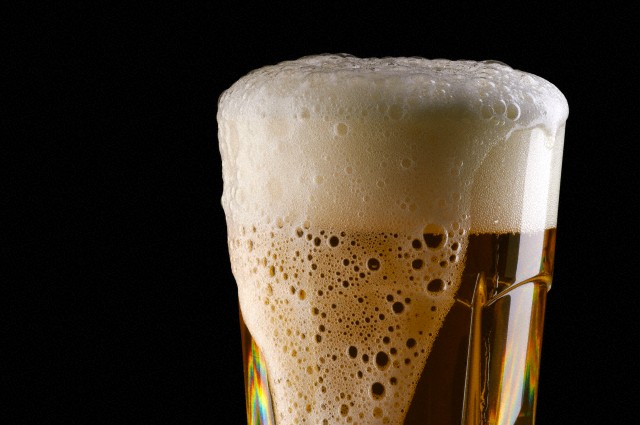 The pool of unregistered trademarks available to craft breweries is drying up.1.

On September 15, Eel River Brewing Company filed suit against Duck Foot Brewing Company, in what appears to be the latest in a recent spate of trademark infringement lawsuits among the craft beer industry.2  The complaint alleges that Duck Foot infringed on Eel River’s “California Blonde” trademark by using the mark for one of Duck Foot’s beers.3. The breweries are roughly seven hundred miles apart – Duck Foot is located in San Diego, while Eel River is based in Fortuna, a Humboldt County city in northern California.  Nevertheless, Eel River asserts that Duck Foot’s use of the mark is likely to cause consumer confusion between the breweries’ beers.

The dispute between Eel River and Duck Foot likely won’t be the last of its kind. The craft beer industry has exploded over the past decade, representing a twelve percent market share of the beer industry overall.4 With more than 4,600 breweries now in the United States, increased competition finds craft breweries turning to litigation to protect their brands.5

Additionally, because beer trademarks are lumped into the same international trademark class as non-alcoholic beverages, for new entrants to the beverage industry, finding a non-infringing trademark is even more difficult.6 For example, Adirondack Brewery was recently enjoined from selling its “Moose Wizz” root beer because it infringed on Canadian company Moosehead Breweries’ trademark.7 Notably, Moosehead successfully argued that the recent surge in popularity of hard sodas (such as Illinois-based Small Town Brewery’s “Not Your Father’s Root Beer”) further increased the likelihood of consumer confusion.8

Because trademark disputes are often extremely costly, most of them are resolved out of court.9  The collaborative community spirit within the industry has also encouraged alternative, sometimes unconventional forms of dispute resolution10.  For example, in 2006 Colorado-based Avery Brewing Company and California’s Russian River Brewing Company famously ended a trademark conflict by teaming up to release “Collaboration Not Litigation,” a Belgian-style ale.11 In contrast, Renegade Brewing Company sidestepped a trademark dispute with Brooklyn’s Sixpoint Brewery, renaming their rye IPA from “Ryeteous” to “Redacted” and marketing it as “offensively delicious.”12  Such solutions can generate goodwill and allow breweries to capitalize on what could otherwise become a protracted, expensive legal battle.

Another workaround that can be used to navigate trademark disputes is a “coexistence agreement,” where two or more parties consent to one another’s registrations and mutually plan how they will distinguish themselves in the marketplace.13 However, the existence of such an agreement does not automatically tip the scale away from finding a likelihood of confusion.14 For example, Bay State Brewing Company recently utilized this strategy when they attempted to register a trademark for their “Time Traveler Blonde” beer. Despite a mutual agreement with the Time Traveler Beer Company, the Trademark Trial and Appeal Board did not permit Bay State to register their mark.15 The Board found that, despite the agreement’s apparent mutuality, “the contemporaneous use of virtually identical marks on identical goods that are subject to impulse purchase by . . . consumers in the same geographical area” was simply too confusing.16

Brett Heavner, a partner at Finnegan, Henderson, Farabow, Garrett & Dunner and a member of the DC Bar Association, remarked “This is a good sign for craft beer industry – it shows the industry is growing. With that growth, comes growing pains. A lot of small breweries have focused solely on the taste of their beers, but as they grow they need to focus on business as well. A lot of the Trademark disputes could have been avoided if the brewery did a trademark search before launching their new beers. A trademark search is the best way to ensure that the name you have chosen for your beer isn’t already taken by another brewery. Established larger businesses routinely do trademark searching before they roll-out a new product. Google searches are not enough – there’s no guarantee that Google will alert you to important similar trademarks. Often the person accused of the infringement will launch a campaign to attack the trademark owner. However, if the owner doesn’t defend their Trademark they are not practicing good business sense.  A trademark is an important asset and allowing a competitor to use a similar trademark diminishes the value of that asset.”

Mr. Heavner also stated that “there are lots of levels of trademark searching, so breweries can choose what works for them. The U.S. Patent and Trademark Office web site, uspto.gov, is a good place to start and there’s no cost to search there. But I would not recommend only searching the government’s trademark database because an unregistered beer trademark can also be an obstacle to a new brand.  The next step would be to go to an attorney and have a professional search company conduct a comprehensive search. This is the best way to uncover marks not yet registered with the U.S. Patent and Trademark Office. The search companies will scour business directories, domain names databases, and a wide variety of other resources to see if there are similar unregistered trademarks. Professional search companies can also do searches for graphics and logos. While a proper trademark search isn’t free, it’s much cheaper than litigation or having to change products’ names or designs after they have been launched.”

Thriving perhaps the most in this changing landscape?  The self-described “craft beer attorneys,” some of whom have authored blogs17 and books18 to educate new entrants to the industry.  With new breweries popping up almost daily, there remains a steady flow of trademark questions for this niche group of lawyers.