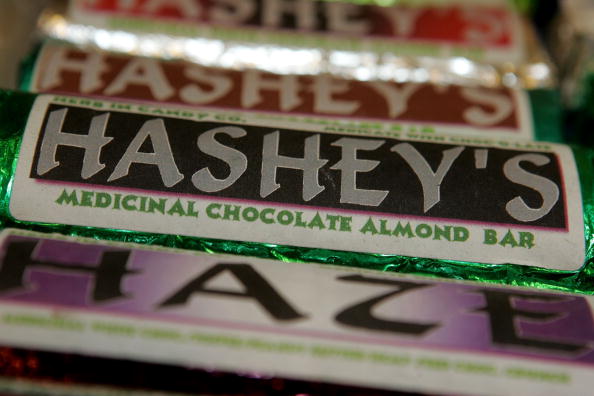 On Election Day, California, Nevada, Massachusetts and Maine all voted to fully legalize the recreational use of marijuana, joining Alaska, Colorado, Oregon and Washington.1 Additionally, North Dakota, Arkansas, Florida and Montana joined the 25 other states that have legalized medical marijuana.2

As new legal marijuana businesses begin to pop up in these states, many may find themselves perplexed at the current landscape in trademark law. To register a federal trademark, the use of the mark in commerce must be lawful. 3 While marijuana is legal in several states now, it is still illegal at the federal level under the Controlled Substances Act.

In 2010, the U.S. Patent and Trademark Office (USPTO) created a new trademark category, “processed plants for medicinal purposes, namely marijuana” and marijuana businesses began to file applications for trademarks. 4 However, just a few months later, the USPTO backtracked on its decision, calling the category a mistake, and that a trademark for marijuana had never been given and would be unlikely to occur in the future.5

It should be noted that it is possible for marijuana brand owners to get federal registration for goods and services that are ancillary to their marijuana businesses. 6 However, the ancillary goods must be usable outside the cannabis context and services must be those contemplated under the Trademark Act.7

Legal marijuana businesses have thus relied on common law trademark rights and state-law trademark registrations to protect their brands. Common law rights to a mark exist when it has actually been used and is not confusingly similar to another mark that is currently in use.8 However, this protection is limited geographically because it applies only in the area where the mark is being used.

State registered trademarks offer more protection to brand owners than common law, and marijuana brand owners would be wise to register for state trademarks after doing a trademark search in the state to ensure that their brand will not infringe on any other trademark. 9 This process is not without its flaws, however: most states require the mark be in use in the state before an owner can file for registration.10 A barrier to state trademark registration exists for brand owners when it is not feasible to naturally expand their business to a state where they wish to obtain trademark protection.11

The legal marijuana business is growing rapidly, with one study projecting legal sales of marijuana to reach $7.1 billion in 2016, and to grow to $22 billion by 2020. 12 Currently, it appears that marijuana would have to become legal at the federal level before marijuana brand owners can obtain federal trademark protection. 13 Aside from preventing other businesses from using their brands, branding will become increasingly important as the industry grows and businesses seek to differentiate their products from those of competitors through the use of brands.14 With the uncertainty of federal legalization of marijuana, the pressure for meaningful change in trademark law will continue to intensify as the legal marijuana industry grows.

Allan Chen is a second-year J.D. Candidate at Fordham University School of Law and a staff member on the Fordham Intellectual Property, Media & Entertainment Law Journal. He holds a B.A. in Psychology from Boston College.