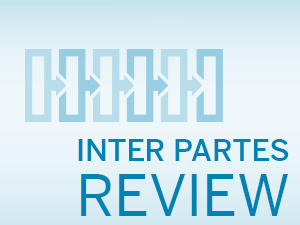 Inter partes review (“IPR”) became available for all patents on September 16, 2012.  IPR is a procedure available to third parties to assert invalidity on anticipation and obviousness, § 102 or § 103, grounds using prior art patents and publications. The Patent Trial and Appeal Board has discretion when determining whether to institute an IPR to attack the validity of an issued patent. The issue that I will address here is whether a final written decision (“FWD”) in an IPR that finds a claim unpatentable is immediately effective upon issuance, or if the effect of the decision must wait until after Federal Circuit review.

The effect of a FWD finding a claim unpatentable applies to the entire world upon issuance of the certificate of cancellation by the Patent and Trademark Office (PTO), which occurs after all appeal rights have been exhausted.  There are arguments as to why the unpatentability ruling may apply before the certificate of cancellation is issued by the PTO, but it is uncertain whether such arguments would be successful in court.

It is not certain whether there is any case where the Federal Circuit has specifically addressed the effect of the certificate of cancellation following an IPR.  However, the Federal Circuit has interpreted the analogous (and almost identical) provision for reexaminations in 35 U.S.C. § 307(a). The Federal Circuit held that the PTO’s cancellation of patent claims pursuant to a reexamination is “binding in concurrent infringement litigation” because “if the original claim is cancelled or amended to cure invalidity, the patentee’s cause of action is extinguished and the suit fails.”1 The Court explained that the certificate of cancellation is binding on co-pending litigation “because Congress has expressly delegated reexamination authority to the PTO under a statute requiring the PTO to cancel rejected claims, and cancellation extinguishes the underlying basis for suits based on the patent.”2 Once the claims have been cancelled the patent cannot be enforced against anyone, not just the party who requested cancellation.  This same analysis appears applicable to the nearly identical provision for IPRs.3.

Fresenius did not address whether a PTO determination of unpatentability could be applied prior to the exhaustion of all appeal rights.  In Fresenius, the examiner’s final determination rejecting the claims was affirmed by the BPAI (precursor to the PTAB) and on appeal to the Federal Circuit, and a certificate of cancellation had already issued.4 Thus, the Court did not analyze whether the BPAI’s affirmation of the final rejection (the closest analogy to the FWD) had any effect before the reexamination certificate was issued.

One might argue that collateral estoppel bars the patent owner from asserting the validity of patent claims found unpatentable in a FWD even before the PTO issues the IPR because PTO regulations indicate that a FWD is the final judgment on the merits.  For example, Patent Office regulations provide that “[a] judgment, except in the case of a termination, disposes of all issues that were, or by motion reasonably could have been, raised and decided.”5 Patent Office regulations define a judgment to mean a FWD.6 One might argue that a FWD triggers collateral estoppel because it is the PTO’s final decision on the merits.

However, it may be risky to rely on a FWD for collateral estoppel prior to issuance of the IPR certificate.  For example, a litigant might argue that the FWD is not the kind of final decision that triggers preclusion against the Patent Owner.7 Alternatively, a litigant might argue that collateral estoppel does not apply because the IPR litigated claim validity under the broadest reasonable interpretation of the claims and without demonstrating invalidity by clear and convincing evidence, two standards that are different than those employed in district courts.8 Indeed, at least some courts have declined to apply collateral estoppel based on PTAB decisions of unpatentability in reexamination proceedings, at least prior to claim cancellation.9 A similar conclusion may likely be reached with respect to PTAB decisions of unpatentability in IPRs.

In practical terms, if anything, a court is more likely to stay its proceedings based on a FWD that is still subject to appeal than to permit the Petitioner to use the FWD to dispose of the pending litigation.10