The Oculus/ZeniMax case and Its Implications on the Future of Trade Secrets in Technology - Fordham Intellectual Property, Media & Entertainment Law Journal
23883
post-template-default,single,single-post,postid-23883,single-format-standard,ajax_fade,page_not_loaded,,select-theme-ver-3.3,wpb-js-composer js-comp-ver-6.0.5,vc_responsive 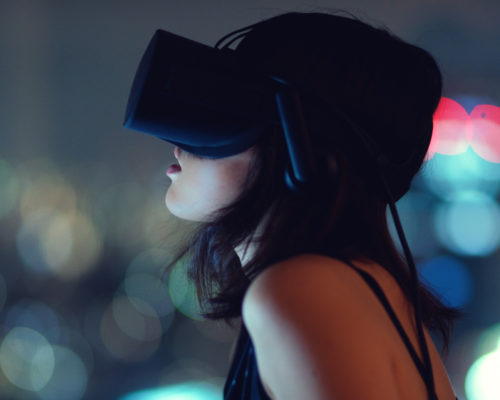 Oculus, the company behind the recently-developed and highly successful Oculus Rift virtual reality headset, has recently been the subject of a great deal of controversies. In addition to questionable political choices made by its founder Palmer Luckey,1 Oculus has also been involved in a misappropriation of technology suit brought by the software company ZeniMax Media on behalf of its subsidiary ID Software.2

This controversy was the result of a broken non-disclosure agreement between Rift-creator Palmer Luckey and ZeniMax. Notable game programmer John Carmack, then employed at id Software, reached out to Luckey upon finding out about the Rift. 3 Carmack was interested in modifying the hardware and coding of the rift, and together with Luckey managed to develop what they called the “Holy Grail”, creating a product that solved many of the existing issues with virtual reality technology. 4 When Carmack’s employment contract with ZeniMax ran out, he then moved to Oculus and began to serve as its CTO. 5 ZeniMax pushed for a non-disclosure agreement with Luckey to ensure that their proprietary technology would remain protected, and they also contributed several hardware and software disclosures to the development of the Rift.6 Eventually, when the Rift achieved popular recognition and interest, ZeniMax requested compensation from Oculus for its role in the Rift’s development, but Oculus never agreed, and ZeniMax thus cut off its supply of proprietary information.7

The intellectual property-related issues raised against Oculus in this lawsuit were misappropriation of trade secrets, unfair competition, and copyright infringement.8 The verdict was delivered in February 2017 in the Northern District of Texas.9 ZeniMax sought $6 billion in damages, claiming that Oculus stole code and brand identity from ZeniMax to the extent of unjust enrichment.10 ZeniMax was able to recover on their claims of trademark and copyright infringement, in addition to other claims, for damages totaling $500 million.11

However, the jury did not find that Oculus committed theft of trade secrets. 12 Oculus viewed this as a great victory, stating that “[t]he heart of this case was about whether Oculus stole ZeniMax’s trade secrets, and the jury found decisively in our favor.” 13 The matter of trade secrets in this case was indeed highly significant, and it does seem highly likely that Carmack did use some of id Software’s proprietary information to help Luckey develop the Rift. Carmack, a veteran in the gaming industry, must have had access to a great wealth of information that ZeniMax certainly otherwise held highly confidential.

Oculus does, however, plan on appealing the rest of the decision, while ZeniMax may seek an injunction on the sale of the Rift technology. 14 Another interesting aspect of this case is that ZeniMax brought suit shortly after Oculus was bought by Facebook. Oculus put forth the idea that ZeniMax was simply attempting to cash in on Facebook’s wealth by bringing this suit.15 Regardless, it will be interesting to see the subsequent legal actions brought in this case, as is it may be a landmark decision regarding intellectual property law in the development of and collaboration on new gaming technology.