Should the NBA Take Disciplinary Action Against Phil Jackson? 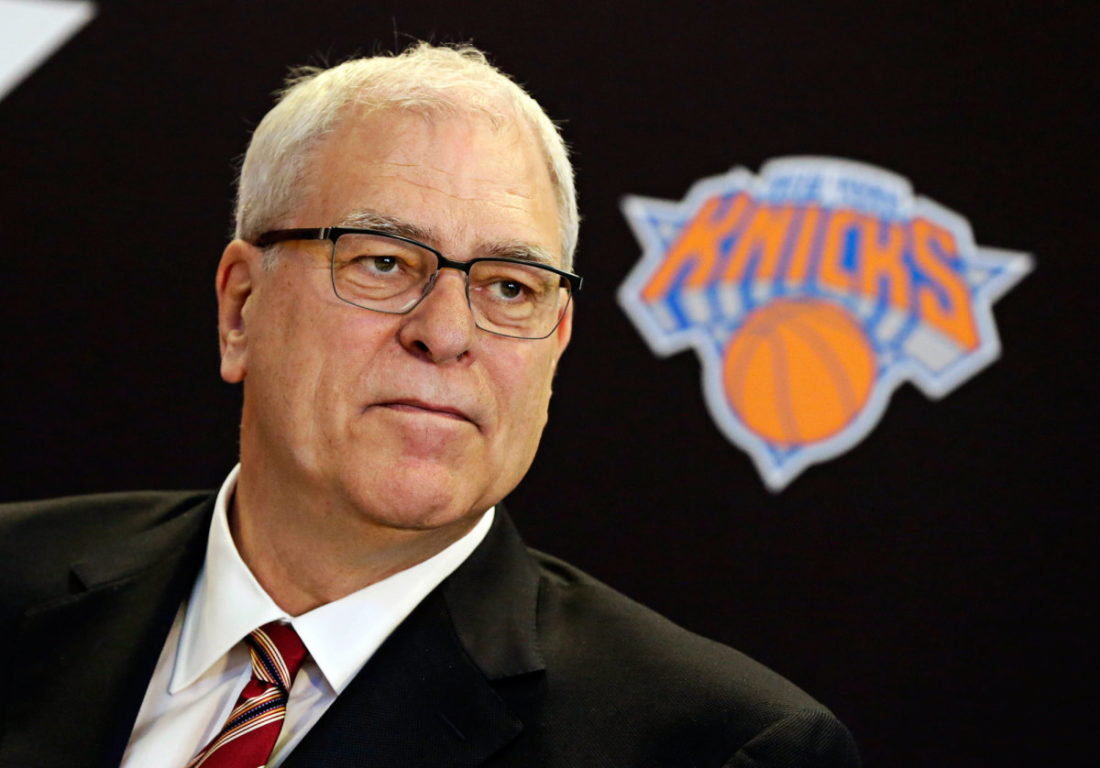 Should the NBA Take Disciplinary Action Against Phil Jackson?

Many fans of the NBA know Phil Jackson as the best coach of all time. Jackson has eleven championship rings as a coach with the likes of Michael Jordan and Kobe Bryant thriving under his tutelage. Many of these same fans know Phil Jackson as the worst NBA executive of all time. Since Jackson took over as New York Knicks team president in 2014 the organization has become the laughing stock of not only the NBA but the entire sports world.1 then it has been by his basketball personnel decision, which have also been highly criticized.2 It came as no surprise that when Jackson decided to finally speak with the New York media, for the first time since training camp, more controversy followed him.3

Jackson recently spoke with the media and addressed the state of the franchise.4 During this press conference Jackson made clear his intentions to trade Knicks star Carmelo Anthony.5 Anthony, a ten time all star, has been the face of the franchise but has achieved little success since arriving to New York in 2011. Among other things, Jackson told the media that he felt it was best for the franchise if Anthony played “somewhere else.”6 He also seemingly blamed the failure of the organization on Anthony when he alluded to Anthony resisting his beloved triangle offense.7

Following Jackson’s remarks, National Basketball Players Association (NBAPA) President Michele Roberts released a statement that if players cannot express their desire to play elsewhere, under threat of league discipline, then the same standards should be applied to management.8 “The door swings both ways.”9 She has spoken with Commissioner, Adam Silver, and wants disciplinary action taken against Jackson.10

Under the Collective Bargaining Agreement (CBA) the NBPA is required to use their best efforts to prevent players under contract from “threatening to render services” as a professional basketball player for another professional team through the contract’s duration.11

From reading the CBA it is clear that the NBA is under no legal or ethical obligation to take any disciplinary action against Jackson for his comments. The distinction between player and executive is one that Roberts might have overlooked. A player is signing a contract to play basketball for a team. An executive is signing a contract to make player personnel decisions, which includes trading the team’s players. Under the CBA it is clear that the team can trade a player at its discretion.12 A player cannot trade himself but an executive can trade a player. The NBA and NBPA seemed to have this distinction in mind when they decided not to include a section in the CBA that prevents executives from making comments about their own player personnel.

You might not like what Jackson said about Anthony and how he said it. As a Knicks fan I certainly do not. However, this does not change the fact that he was entitled to say it. Under the CBA players and executives are not provided with the same liberties for a reason. They are two very different jobs with that require two different sets of rules in some instances. Roberts understandably is doing her job and protecting the player, but executive’s such as Jackson have the right to make basketball comments such as these regardless of whether they seem disparaging and out of line. If the NBAPA truly believes that the door swings both ways then they will take this up as a point of contention the next time the CBA expires.

Brandon Cordovi is a second-year J.D. Candidate at Fordham University School of Law and a staff member of the Fordham Intellectual Property, Media & Entertainment Law Journal. He has experience working in the sport industry for both professional and minor league sport organizations and received his B.S. in sport management and marketing from the University of Delaware.