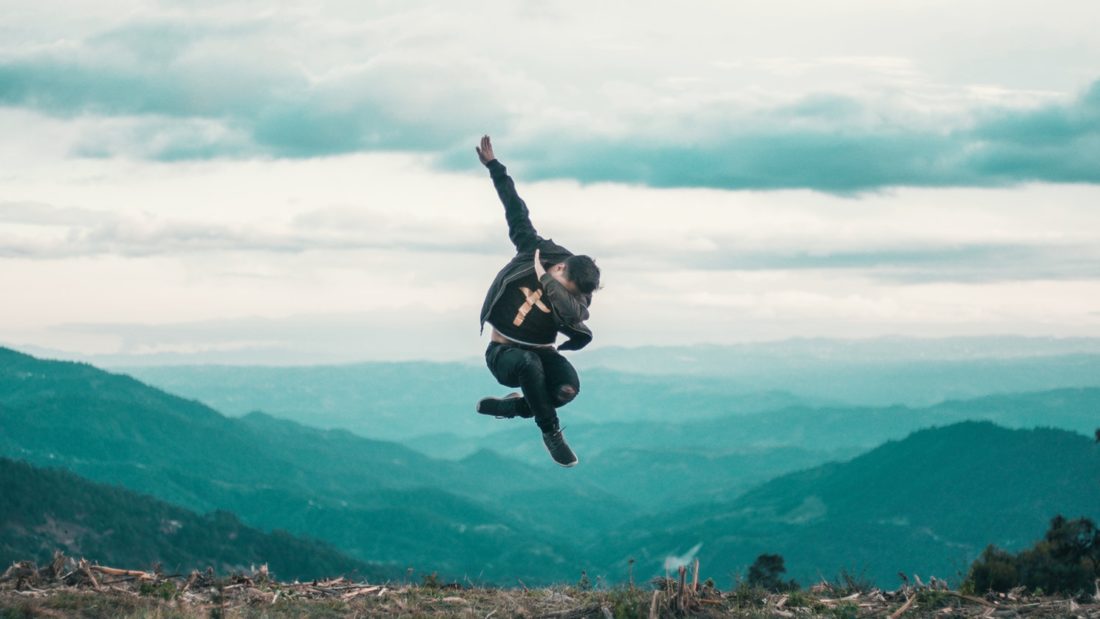 When a wave of viral dance moves takes the Internet by storm, the craze surrounding those dance moves inevitably flows beyond the sphere of social media and spreads to every corner of the world. The impact of a viral dance moves is evidenced by its prevalence amongst teenagers1, professional football players2, and even politicians3 around the world who are showcasing themselves in videos mimicking the dance moves on social media. The diverse opportunities and value that accumulates from creating viral movements are undoubtedly attractive. Everyone wants to participate, but who is entitled to claim ownership over these viral dance moves?

When hip-hop artist Drake released his album “Scorpion,” social media comedian Shiggy uploaded a video of himself dancing along to the song “In My Feelings.”4 Shiggy’s choreography is catchy and easily translatable, and soon after, thousands of people around the world were sharing videos of themselves jumping out of a moving car and performing Shiggy’s dance, a phenomenon better known as the #InMyFeelings Challenge.5 Simultaneously, streaming numbers for “In My Feelings” skyrocketed towards more than 740 million streams within its first week.6 Drake is not the only hip-hop artist to reap the profits from viral dances associated with their songs. Soulja Boy’s “Superman” dance to “Crank That,” Unk’s “Walk It Out,” GS Boyz’s “Stanky Leg,” and Rich Homie Quan’s “Hit the Quan” are examples of viral dance moves becoming paramount to a song’s success by providing the song additional exposure, streams, and revenue.

Yet, issues about ownership over these dance moves have surfaced as corporations, who are co-opting the viral dances, are frequently playing tug-of-war with the original creators of the moves. Currently, hip-hop artists 2 Milly and BlocBoy JB are struggling to pull against the weight of Epic Games’ wildly popular video game Fortnite.8

Before exploring the controversy, it is important to note the origins and rise of each dance move. The Milly Rock made its debut when 2 Milly released the music video to his song “Milly Rock” in 2014.9 In 2017, Playboi Carti’s song “Magnolia” referenced the dance move with the well-known lyric, “In New York, I Milly Rock.”10 After “Magnolia” went platinum, 2 Milly himself created a remix to that song.11 The Shoot was introduced by rapper BlocBoy JB in his 2017 single “Shoot.”12 The Shoot soon became a sensation after BlocBoy was featured doing the dance move in Drake’s “Look Alive” music video.13

It comes as no surprise that, in 2018, Fortnite released new seasons of its game that included both the Milly Rock and the Shoot, yet no mention of 2 Milly and BlocBoy.14 Instead, Fortnite renamed the Milly Rock as the “Swipe” and the Shoot as the “Hype.”15 In the video game, these appropriated dance moves are sold as Emotes, an optional in-game purchase that players can unlock to give their avatars special dance animations.16 However, there is something unsettling about Epic Game’s lucrative commercialization of valuable dance moves that were created by other hip-hop artists. The original creators of the profitable dance moves are left with zero credit or compensation for their valuable contribution to the Fortnite’s success. If not for these artists, Fortnite may have not been able to achieve the significant following it enjoys today.

Artists must find a way to protect their dance moves that become quickly exposed and popularized through the Internet. Copyright protection may appear as an appealing solution, but it ultimately offers limited protection. When Congress adopted the Copyright Act of 1970, it extended protection to “pantomimes and choreographic works.”17 While the Act does not define choreography, the Second Circuit in Horgan v. MacMillan relied on the definition provided by The Compendium of Copyright Office Practices, which describes choreography as “the composition and arrangement of dance movements and patterns, and is usually intended to be accompanies by music.”18 Notably, the purpose of copyright protection essentially serves a utilitarian purpose and focuses on advancing society as a whole, rather than individual authors and creators.19 Therefore, under Congress’ limited definition of “choreographic works,” the Milly Rock and the Shoot may not rise to the level of protectable choreography. Instead, the simple dance moves are likely to be equated with individual “social dance steps” that serve as building blocks for the innovations of other dancers and choreographers. For example, if Shiggy held exclusive rights over his dance to “In My Feelings,” the professional dancers who have been building off his routine in their own choreography would no longer be able to share that with other dancers in class or with viewers on YouTube. Arguably, the exclusive right over one or two foundational steps, such as the Milly Rock or the Shoot, may likely go against the very principles of copyright law.

While the brevity and simplistic nature of the Milly Rock and the Shoot limit the possibility of copyright protection, trademark law may lead to a better avenue of protection because these moves evoke an immediate association with their creators. Traditional marks such as words, names, symbols or devices can be used to identify goods or services under the Lanham Act.20 The Supreme Court in Qualitex Co. v. Jacobson Prods. Co., Inc. upheld the use of color in a brand of dry-cleaning pads as a mark and expanded the breadth of non-traditional trademark subject matter.21 While no decision has discussed choreographic movement as a trademark, it is possible that dance moves fall under the Lanham Act’s broad universe of trademark subject-matter eligibility.22 To qualify for trademark eligibility, a mark must be (1) in use and (2) distinctive in distinguishing the user’s goods or services.23 The USPTO identifies entertainment services by a musical artist and producer, namely the production of songs, as an acceptable type of trademark service.24 The Milly Rock and the Shoot are synonymous with the songs “Milly Rock” and “Shoot”, and each are distinctive movements identified with 2 Milly and BlocBoy. Therefore, it is possible that these viral dance moves could be eligible for trademark protection by virtue of their close association with the artists and their songs.

2 Milly is currently working with his attorneys to pursue legal action against Epic Games.25 Hip-hop artist Chance the Rapper suggested in a tweet that “Fornite should put the actual rap songs behind the dances that make so much money as Emotes.”26 Chance the Rapper’s suggestion would require Epic Games to purchase licensing fees associated with 2 Milly and BlocBoy’s songs in order to include them in the game. The licensing fees could serve as a form of compensation and the inclusion of their songs in the game could mitigate the likelihood of confusion over the source behind the dance moves.

The current battle between Epic Games and the artists behind the viral dance moves will likely be one of many battles between video game companies and artists. While the intersection between hip-hop music and social media becomes increasingly embraced, it is important to shape and update the legal landscape to encourage fair treatment of artists in an evolving industry.

Anna Cui is a second-year law student at Fordham University School of Law, and a staff member of the Intellectual Property, Media and Entertainment Law Journal. She holds a B.S. in Public Relations from Boston University. Anna danced professionally prior to law school and is a passionate advocate for artists. She has previously interned at SAG-AFTRA and is the founder and president of Fordham Law’s Artist Representation Society.