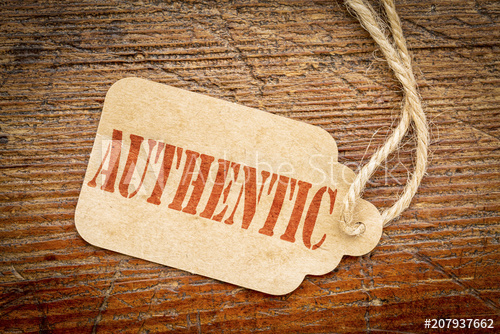 In the age of the circular fashion economy, shopping habits that were once frowned upon are being praised for their sustainability. The circular economy refers to an economy that extends the lifetime of a product through mechanisms such as resale or the recycling/upcycling of the product for another individual’s use. Although eBay has allowed users to resell their goods for the last two decades, the secondhand luxury goods market has more recently gained popularity among millennials because of consignment brands such as The Real Real, ThredUp, Grailed, Heroine, and Vestiare Collective. Consequently, the second-hand market is estimated to “[r]each $41B by 2022[.]”1

These brands allow millennials to stock up on designer clothes at a fraction of the price. Furthermore, companies such as thredUP, have been successful by advertising that the benefits of buying a used garment include extending its life by approximately 2.2 years and reducing the carbon, waste, and water footprint by as much as 73%.2 In a time where sustainability is trending, advertisements like this are likely to have a positive impact on consumers. Other brands, including The RealReal, have gained much of their success by marketing the thrill factor of buying second-hand. Since items in The RealReal’s brick-and-mortar stores appear online simultaneously, employees at the store can scan the items customers are thinking of purchasing to briefly remove the items from the website, adding an ephemeral characteristic to their products.3

Although the reselling of copyrighted and trademarked goods is protected by the first sale doctrine,4 intellectual property infringements in the consignment market have occurred with counterfeits infiltrating the market and consignment brands overusing trademarks. To reassure customers that their second-hand goods are authentic, many consignment brands are proactively authenticating luxury goods sold on their sites. For example, The RealReal hires experts to inspect handbags and shoes for incorrect stitching.5 “Stones and metals are [also] weighed and laser-beamed to determine if their advertised competition is correct.”6 In 2017, eBay also began authenticating luxury goods on its site if users are willing to pay for it.7 This feature was designed to allow both sellers and buyers to purchase the authentication service, which is conducted by eBay’s team of brand experts.8

The issue with consignment brands authenticating luxury goods on their own is that authentications are often conducted independently of the luxury brand’s input. This issue is perpetuated by the proliferation of authentication services in China, as millennials are becoming more accepting of consignment goods.9 One example is the Zhiduoshao app, which launched in March 2017 to allow users to upload photos of their luxury goods and garner feedback from an expert on the authenticity of the product.10

Moreover, while some luxury brands have embraced the role of its products in the circular economy, Chanel has been particularly litigious in its fight against consignment brands. In a recent case against the consignment shop, What Goes Around Comes Around (“WGACA”), Chanel claimed that WGACA infringed on its trademark and that “its use of the Chanel trademark misleads consumers into thinking that WGACA’s sales are affiliated with or sponsored by Chanel.” 12 Chanel claimed that WGACA overused its trademark by “a giant Chanel No. 5 perfume bottle” an advertisement in its Long Island location and by more prominently displaying “Vintage Chanel” in a sign listing its other brands, outside of its SoHo store.13 WGACA has even gone so far as posting legitimate Chanel advertisements in some of WGACA’s social media posts.14 In its complaint, Chanel has also lamented over WGACA sending letters of authenticity to customers, since Chanel did not participate in inspecting the goods.15

In another case from November 2018, Chanel alleged that “The RealReal had sold ‘at least 7’ counterfeit CHANEL handbags that were ‘vastly inferior and materially different from genuine Chanel products,’” and that the company is responsible for a multitude of federal trademark and advertising law violations.16 Similar to the WGACA case, Chanel claimed that customers would be confused as to its association with the brand since The RealReal similarly authenticates its products. Last month, The RealReal responded to the complaint mentioning that the suit is “an effort by Chanel to uproot [the first sale doctrine] to the detriment of consumers, undermine consumer confidence in the secondary market, and stifle legitimate competition.”17 The RealReal also clarified that there is no likelihood of confusion that customers would perceive an affiliation between the brand and Chanel because The RealReal’s site includes an express disclaimer denouncing any affiliation with the brands of its products.18

Since the Southern District of New York has recently denied WGACA’s motion to dismiss19 and Chanel has recently submitted an updated complaint for its case against The RealReal,20 the fate of consignment shops is yet to be determined. However, with the increased demand for goods on consignment and the protections granted by the first sale doctrine, it appears that consignment shops are here to stay.

Melissa Aziz is a second-year law student at Fordham University School of Law, and a staff member of the Intellectual Property, Media, & Entertainment Law Journal. She holds a B.A. in Political Science from Fordham University at Lincoln Center.