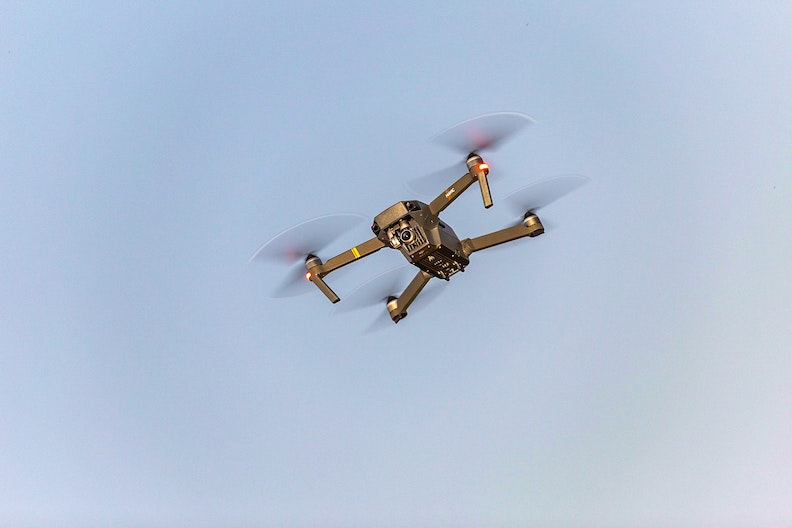 Soon, your Amazon packages may come with an added cost: your privacy. On June 4, 2019, Amazon received a patent for drone surveillance technology to supplement its drone delivery plans.1 The patent was originally filed on June 12, 2015.2 Amazon has long planned to begin delivering packages to customers via drones; in fact, the company made its first Prime Air delivery almost three years ago, in December 20163, and its goal is to deliver packages to consumers within 30 minutes.4

Amazon seems to clear every regulatory hurdle in its way with ease: the FAA recently granted a special certificate allowing the company to operate its new MK27 drone in certain authorized areas for testing for one year.5 Amazon Worldwide Consumer CEO Jeff Wilke anticipates that the online retailer will begin delivering packages up to five pounds via its drones “within months” as a result of the regulatory progress.6 However, drone-centric technology analysts are skeptical.7 The drone analysts believe the FAA’s process is slower and will force Amazon’s first drone deliveries to occur abroad.8 Consumers in areas with more regulatory expediency, like the United Kingdom, are predicted to have the technology before the United States.9

Putting aside future regulatory issues, legal experts anticipate new privacy issues with Prime Air’s launch.10 They fear that society has not yet realized the invasive effects of widespread drone usage and that the new technology will only exacerbate its information gathering dilemma.11 Amazon intends to use its drones primarily for delivery, but would likely offer surveillance services too, given the June patent.12 The “online bookstore” envisions a world where homeowners away on vacation could call an Amazon drone to make sure their garage doors are shut and there are no fires or broken windows around the house.13

While Amazon representatives point to the patent’s language describing the surveillance as an “opt-in” service only14, the company has a dubious history of information gathering.15 Even though Amazon’s John Tagle has said patents “do not necessarily reflect [a company’s] current product road map,” the company has been accused of eavesdropping on customers through Alexa speakers and encroaching on user privacy in other ways.16

With drone surveillance, users may discover that potential intruders are not the only ones being monitored.17 Privacy campaigners warn that actual users’ and neighbors’ privacy could be in jeopardy if this technology were ever to come into fruition.18 Amazon claims surveillance would be limited by geo-fencing technology and virtual boundaries19 but the abstract of the patent states, in relevant part, that the UAV “surveillance images may include image data of objects inside the geo-fence and image data of objects outside the geo-fence.”20

At the federal level, commercial drone law mostly concerns FAA authorization to fly.21 However, as technology continues to develop, privacy law will need to be expanded to protect against potential intrusions. Expect many states and cities to create new laws in response to the new privacy concerns.22

The Supreme Court has held that a helicopter hovering several hundred feet over a home does not constitute a “search” of one’s property under the Fourth Amendment.23 While Fourth Amendment jurisprudence obviously concerns government actors and not Amazon, it is indicative of a passé approach to privacy. Amazon’s recent patents and the anticipated prevalence of drone delivery create an opportune time to discuss drone privacy law. Protecting users’ and neighbors’ privacy—while preserving the convenience of replenishing your toothpaste supply via drones within minutes—could be an arduous undertaking.