“Just (Don’t) Do It!:” Nike Files Third Lawsuit Against Skechers 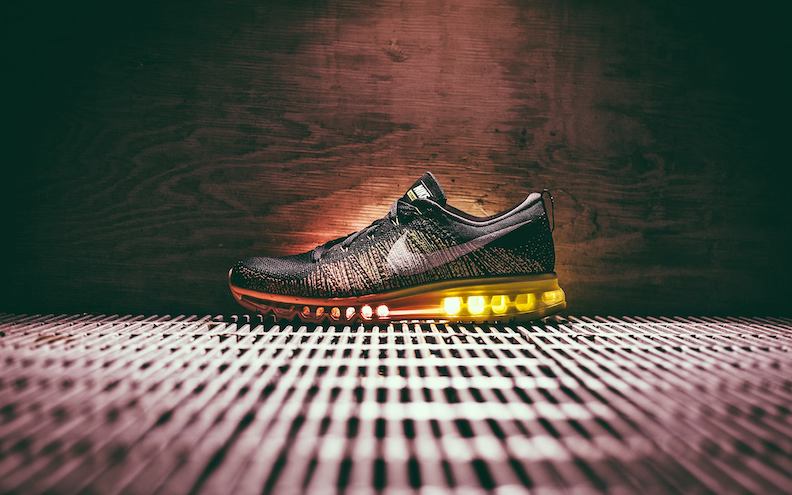 “Just (Don’t) Do It!:” Nike Files Third Lawsuit Against Skechers

On September 30, 2019, Nike filed a 37-page complaint in the U.S. District Court in the Central District of California. This complaint references the two previous lawsuits against Skechers: the first being an International Trade Commission (“ITC”) investigation for infringing on Converse’s Chuck Taylor All Star shoes, and the second being an alleged infringement on Nike Fee and Flyknit designs. The second case is still pending.4

The complaint asserts that “NIKE became the industry leader, and maintains that position, by investing heavily in research, design, and development; creating game-changing designs and technologies” and that Skechers is no stranger to prospering from others innovative designs and technologies.5 The complaint also alleges that Skechers creates imitation shoes at the command of CEO Robert Greenberg. Nike alleges that in a prior lawsuit filed by Adidas, a Skechers corporate witness even testified that Greenberg himself gave orders to knock off competitor products.6

Per precedent from the U.S. Supreme Court, in order for Nike to succeed on its claims, they will have to prove that an “an ordinary observer, giving such attention as a purchaser usually gives” would consider the two designs to be “substantially the same.”7 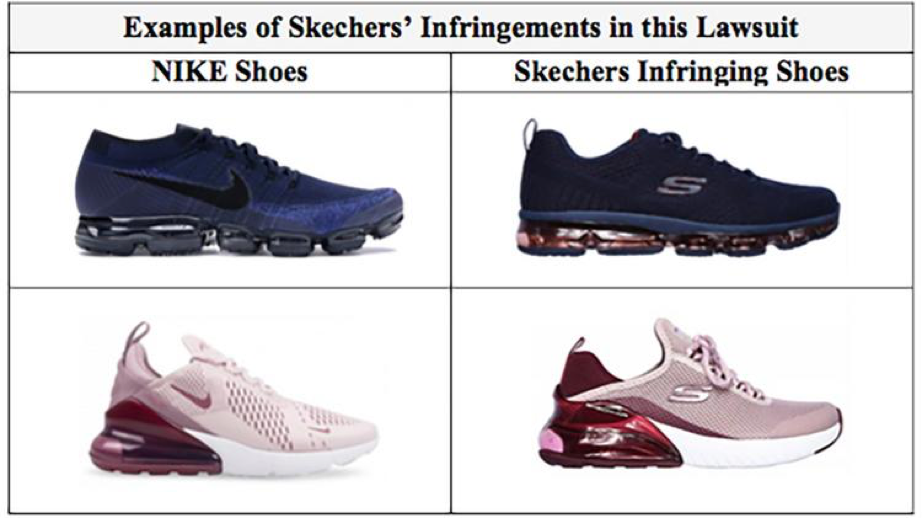 In my view, the above-pictured designs are nearly identical, and I cannot imagine that an ordinary purchaser (imagine a dad in a shopping mall) would be able to distinguish the two.

However, while it looks like the entirety of the shoe has been copied, it is specifically the visible Air sole units on which Nike has not one, but six patents. In the picture below, which is one of many designs included in Nike’s complaint, the patented designs are reflected by the solid lines only. Nike has no patent on the dotted lines representing the rest of the shoe.8

Nike is seeking a permanent injunction to prevent Skechers from selling the imitation sneaker, as well as profits Skechers made from selling the shoes. Because there are six patents for each shoe, theoretically Nike can recover damages on each of the 12 patents individually, resulting in a sizeable damages award.10

Catherine Wachtell is a second-year J.D. candidate at Fordham University School of Law and a staff member of the Intellectual Property, Media & Entertainment Law Journal. She holds a B.A. in English from Georgetown University.