Are States Free to Plunder Copyrights?: Sovereign Immunity and Copyright at the Supreme Court 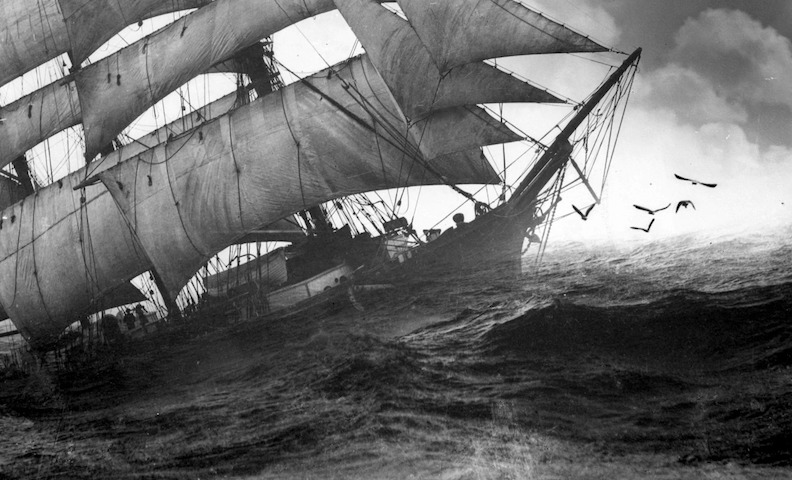 Are States Free to Plunder Copyrights?: Sovereign Immunity and Copyright at the Supreme Court

On November 5, 2019, the Supreme Court heard arguments in Allen v. Cooper.1 The issue in the case is whether Congress properly abrogated state sovereign immunity by allowing states to be subject to suits for damages for copyright infringement under the Copyright Remedy Clarification Act (“CRCA”).2

The petitioner, Frederick Allen, and his production company, Nautilus Productions, took photos and videos of the salvage of the Queen Anne’s Revenge, the fearsome pirate Blackbeard’s heavily armed flagship that ran aground off the coast of North Carolina in 1718.3 He and Nautilus registered copyrights for these works, and the State of North Carolina infringed on these copyrights multiple times.4 Allen and Nautilus brought suit against the state, but the Fourth Circuit ruled that the state had sovereign immunity.5

The Eleventh Amendment has been interpreted by the Supreme Court to grant states broad immunity from private suits by private individuals for violations of federal law.6 Congress, nonetheless, has the power to abrogate sovereign immunity.7 Courts conduct a two-step analysis to determine if Congress has done so.8

First, courts must determine if Congress has provided a clear statement that they intend to abrogate state sovereign immunity. It is undisputed that the CRCA has such a statement.9 Second, Congress must possess the constitutional power to abrogate under an enumerated power.10 Here, petitioner argues that this power derives from two sources, the Copyright Clause11 and Section 5 of the Fourteenth Amendment.12

In Seminole Tribe of Florida v. Florida, the Court stated that “Article I cannot be used to circumvent the constitutional limitations on federal jurisdiction” when considering abrogation pursuant to the Indian Commerce Clause.13 In Florida Prepaid Postsecondary Education Expense Board v. College Savings Bank, the Court held that Congress did not abrogate sovereign immunity through the Patent Remedies Act, relying on the language in Seminole Tribe.14 In 2006, however, in Central Virginia Community College v. Katz, the Court held that Congress could subject states to suit under law enacted under Article I’s bankruptcy clause.15

Petitioner argues that the Court in Katz clarified that any assumption that Seminole Tribe forecloses reliance on any Article I power for abrogation was “erroneous.”16 They also argue that under Katz, the Court endorsed a clause-by-clause analysis of Article I.17 In analyzing the clause, Petitioner says that it is clear that Congress may abrogate sovereign immunity.18 The clause gives Congress exclusive power over copyrights and allows them to regulate all infringers—including states.19 They also point to the language that empowers Congress to “secure” the “exclusive” right to their work.20 They argue that copyrights cannot be either “secure” or “exclusive” if states may infringe upon them freely.21 Congress may also abrogate state sovereign immunity pursuant to its power under Section 5 of the Fourteenth Amendment to remedy and deter violation of rights it guarantees.22 In order for an abrogation to be appropriate under Section 5, a statute must prohibit conduct that is prohibited by the Fourteenth Amendment and must create a statutory right that is “congruent and proportional” to the constitutional right Congress seeks to enforce.23 Petitioner argues that this requirement is met because the CRCA congruently and proportionally prohibits states from depriving individuals of property without due process and protects them against uncompensated takings of property.24

In Florida Prepaid, the Court stated that Congress could likely use Section 5 as a basis for holding states liable provided that Congress establish an appropriate need in the legislative record.25 Petitioner points to the lengthy study in the legislative history of the CRCA, commissioned by Congress, which lists examples of State infringement on copyrights as satisfying this requirement, as well as examples in recent years of increased state infringement.26

Respondent, the State of North Carolina, argued that the Constitution preserves state sovereign immunity unless there is “compelling evidence that the states surrendered it when they ratified a particular constitutional provision.”27 They argued that there is no evidence that anyone at the founding contemplated lawsuits for damages against states for copyright infringement.28 The respondents also argued that the copyright holders still had the ability to seek an injunction—the typical remedy against a state violation.29

The Court seemed receptive to the petitioner’s arguments and less amenable to those of the respondent. Justice Ginsburg pointed out that it seemed “unseemly” that a state may hold a copyright, and sue for infringement, but could then turn around and freely infringe on another’s copyright.30 Justice Breyer also took issue with the injunction argument, saying that it does nothing to compensate a copyright holder for the infringement prior to the injunction.31 Chief Justice Roberts also noted that seeking an injunction against a state official for infringement may be met with the added hurdle of qualified immunity.32

After oral argument, it seems plausible that the Court will side with Petitioner, but it is possible that they read their precedent or the Copyright Clause differently after further consideration and find the abrogation improper.

Dylan McGowan is a second-year J.D. candidate at Fordham University School of Law and a staff member of the Intellectual Property, Media & Entertainment Law Journal. He is also the Vice President of the Irish Law Students Association, and a member of the Fordham Moot Court Board. He holds a B.A. in Government & Politics from the University of Maryland – College Park.