IP and Tax Avoidance in Ireland - Fordham Intellectual Property, Media & Entertainment Law Journal
“Céad Mile Fáilte” is the ubiquitous slogan that greets every visitor to Ireland when they enter the border. Translated literally from the Irish vernacular, it means “a hundred thousand welcomes.” Ireland is synonymous with its welcoming and friendly populace, but the hospitality that the country’s tax laws have afforded large international corporations coming under increasing scrutiny in the U.S., where the government loses out on approximately $111 billion because of multinational tax avoidance each year.[1]
Intellectual Property, Tax, Ireland, International
23140
post-template-default,single,single-post,postid-23140,single-format-standard,ajax_fade,page_not_loaded,,select-theme-ver-3.3,wpb-js-composer js-comp-ver-6.0.5,vc_responsive

IP and Tax Avoidance in Ireland 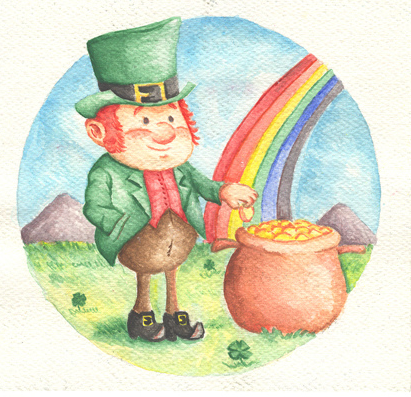 IP and Tax Avoidance in Ireland

“Céad Mile Fáilte” is the ubiquitous slogan that greets every visitor to Ireland when they enter the border. Translated literally from the Irish vernacular, it means “a hundred thousand welcomes.” Ireland is synonymous with its welcoming and friendly populace, but the hospitality that the country’s tax laws have afforded large international corporations coming under increasing scrutiny in the U.S., where the government loses out on approximately $111 billion because of multinational tax avoidance each year.[1]

Ireland’s corporate tax rate of 12.5%, one of the lowest in the world, allows Ireland to retain a unique market position from which to attract global investment. Many leading global corporates in technology, pharma, medical devices, biotech and other sectors involved in the commercialisation of intellectual property have chosen to relocate to Ireland, primarily to benefit from Ireland’s cosy tax laws. Setting up an operating or trading company in Ireland and using the IP to develop software or to manufacture products is relatively straightforward and can reap high financial rewards.

There are further benefits to such a move. Ireland is a common law jurisdiction with a reputation as a safe, politically stable and efficient place to hold and exploit IP rights. Ireland’s expertise in the field of IP development and exploitation is powered by a highly skilled and educated workforce, which can provide the requisite human skills and technical resources to the major industries. This expertise is crucial, because if a company places IP or information technology in Ireland through a holding company without any real operations there, the corporate tax level rises to 25%.

Ireland offers satisfactory patent and copyright protection safeguards, and there are no “thin capitalisation” or “controlled foreign company” rules applicable in Ireland.[2] Importantly for U.S. multinationals selling in Europe, Ireland is also part of the European Union; Ireland provides a convenient gateway to doing business in the EU and is the only English-speaking country to use the “Euro” currency.[3] The EU contributes toward the funding of Ireland’s industrial development as part of its social and regional development policy, and access to important protections under EU law.

Building on the growing displeasure within many major economies towards tax avoidance, the Organisation for Economic Co-operation and Development (OECD) aimed to introduce sweeping change through implementation of the Base Erosion and Profit Shifting (BEPS) framework,[4] which has received endorsement from the G20 finance ministers.[5] This agreement is bringing an end to the ability of companies to utilise zero-tax jurisdictions as viable locations for group IP.

Many U.S. groups are mindful of the stigma of being associated with traditional “tax havens” and have already moved their IP from many of these. By offering benefits beyond merely low taxes, Ireland successfully manages to avoid association with being an outright tax haven, and offers a jurisdiction which is less likely to trigger an audit of the transaction by the home country. Under BEPS, new requirements for country-by-country reporting of tax and profits and other initiatives will give this further impetus, and mean even more foreign investment in Ireland.

Under the OECD’s “Knowledge Development Box,” effective January 2016, Ireland offers a tax rate of 6.25% to profits arising from certain intellectual property assets which are the result of qualifying research & development activity carried out in Ireland, including software and patent development.[6] Whatever amount of R&D that U.S. companies undertake in Ireland will be taxed at the rate of 6.25%, with all R&D carried out in the United States being taxed at the higher 12.5% rate. This means an overall tax rate of even lower than the official rate of 12.5% which was in existence before, which large U.S. corporations may find hard to resist.

So it seems that life (and profits) are going to be made even easier for U.S. multinationals based in, or moving to, Ireland. However, there is political pressure mounting domestically. Corporate tax avoidance has grown to become a substantial political issue currently in the United States, feeding directly into the rebellious rhetoric of Bernie Sanders, Donald Trump and even Hillary Clinton[7].

A recent report from Oxfam America shows that over the last seven years, the top 50 U.S. companies alone have spent $2.7 billion on lobbying US politicians.[8] Those top 50 companies received $27 in federal government loans, loan guarantees and bailouts for every $1 they paid in federal taxes during that period. [9] These multinationals have flaunted their power so crudely that it has become patently outrageous.

The weight of public opinion is slowly forcing the government to push back. President Obama’s effective blocking of the tax avoiding corporate “inversion” deal between Pfizer and Allergan earlier this month is perhaps a seminal moment.[10] It remains to be seen whether this action signals a new brand of U.S. tax avoidance policy which will be followed by the incumbent U.S. president, or whether Ireland will continue to offer warm welcomes to big business.