Free Speech for a Profit? The Constitutionality of “Disparaging” Trademarks 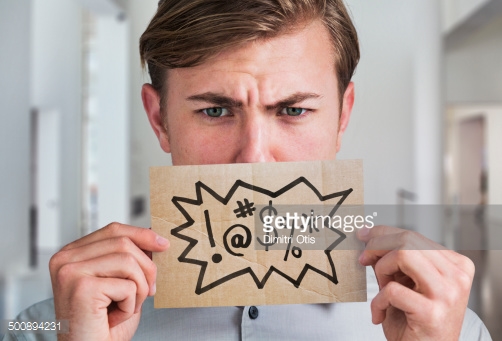 Free Speech for a Profit? The Constitutionality of “Disparaging” Trademarks

Should the “offensiveness” of a word or phrase be sufficient to bar its trademarkability? The Supreme Court has agreed to consider this issue in its review of the recently decided Federal Circuit case Lee v. Tam, which challenged the validity of the Lanham Act’s restriction on trademarks consisting of “disparaging” language.1

Presently, section 2(a) of the Lanham Act (15 U.S.C. § 1052(a)) provides in part that a trademark may be denied registration if it “consists of or comprises immoral, deceptive, or scandalous matter; or matter which may disparage or falsely suggest a connection with persons … institutions, beliefs, or national symbols, or bring them into contempt, or disrepute.”2

In In re Tam, an Asian-American band called “The Slants” challenged the Patent and Trademark Office’s 2013 refusal to grant trademark protection for their band name due to what it considered its derogatory nature.3 The U.S. Court of Appeals for the Federal Circuit ruled in favor of the band, finding provision § 1052(a) to be in violation of First Amendment protections, and thus unconstitutional. The USPTO appealed this decision to the Supreme Court, who granted certiorari. 4

This case also has the potential to resolve a similar pending case involving the Washington Redskins team-name controversy, Pro-Football, Inc. v. Blackhorse.5 The Court has announced that it will rule on the very constitutionality of § 1052(a). 6 If the Supreme Court continues to uphold its trend of protecting First Amendment speech, even that which is deemed offensive, then it seems likely that the Court will move to strike down the “disparaging” language provision. 7

Another issue at stake here is that the band is arguing that they don’t mean to use their trademarked name in a derogatory sense, but rather are seeking to “reclaim” the term and take it out of the realm of racial stereotyping.8 This concern did not play much of a role in the Federal Circuit’s analysis, but it does raise a potential future question of how to address intentionally offensive trademark protection in the future. Both The Slants and the Redskins have denied any intention to be offensive, so this issue has yet to be addressed.

Even if offensive speech is “free” under First Amendment protection, should that automatically protect the commercialization of such speech? After all, the Constitution itself says nothing specifically in the First Amendment about protecting commercial speech, and the USPTO made the argument that refusing to grant a trademark did not amount to disallowing The Slants to use their band name. The Federal Circuit seemingly resolved this issue, claiming that denying a trademark amounts to an infringement of free speech, because trademark registration offers “significant and financially valuable benefits.”9 The Supreme Court might uphold the Federal Circuit’s reasoning, but it is also possible that it might offer a more nuanced approach to the matter in its decision, differentiating between the protection of trademarked and non-trademarked speech.