Even if Dr. Seuss Wanted to Stop It, the Intellectual Property Rights Just Wouldn’t Allow it. 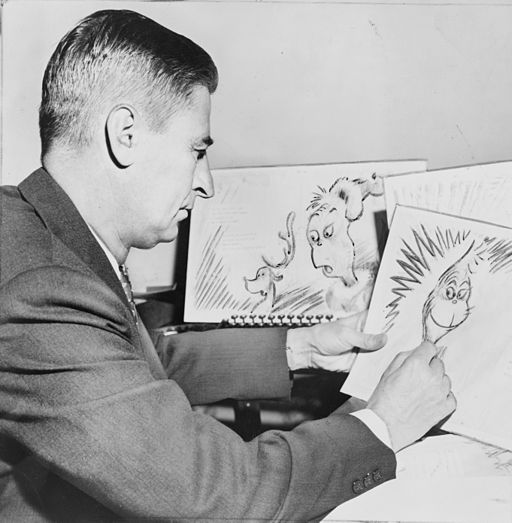 Even if Dr. Seuss Wanted to Stop It, the Intellectual Property Rights Just Wouldn’t Allow it.

Over the pass 60 plus years, the 1957 Christmas classic How the Grinch Stole Christmas, authored by Theodor Geisel – better known by his pseudonym Dr. Seuss – has become a multimillion-dollar IP asset.1 Dr. Seuss Enterprises L.P., created after the author’s death, owns the copyright, related trademarks and handles the licensing of Dr. Seuss’s literary works.2

In 1966 an animated, television Grinch special, by Metro-Goldwyn-Mayer, was created.3The copyright in the television production is now owned by Turner Entertainment Co.4 In 1998, Seuss’s widow, Audrey Geisel auctioned the movie rights of the book.5 The terms attached to auction were high: $5 million payment up-front, 4 percent payment of the box-office gross, and 50 percent of merchandising revenue.6 Moreover, the movie had to be live action and only a short-list of performers were deemed talented enough to portray the Grinch.7

The movie was a box-office success. The rights of which are owned by Luni Productions, a Universal production company.8 Although the original terms of the auction were strict, the ubiquitous nature of Dr. Seuss’s work shows that overtime the licensing rights have evolved.  Now, the primary focus of Dr. Seuss Enterprise, L.P. is not only to protect the integrity of Theodor Geisel’s work but also to expand the books into ancillary areas.9 Dr. Seuss Enterprise aims to nurture and safeguard the relationships that people have with Dr. Seuss’s stories.10

Currently, the movie licensing is handled by Universal Studios Licensing, Inc.11 Illumination has an exclusive financing and distribution partnership with Universal Pictures.12  Recently, Illumination released an animated version of the Grinch. Even though the remake garnered $67.7 million in the opening weekend, it has received mixed reviews.13 Perhaps, the most egregious of reviews questions the intentions of animated creators. These reviews point out that this version ignored the many demands and obstacles that the creators of the live-action had to face.  Thus, the animated, movie version raises the question, is Theodor Geisel’s work truly protected by intellectual property rights.

Dana is a second-year J.D. candidate at Fordham University School of Law. She is a staff member of the Intellectual Property, Media & Entertainment Law Journal and an Admissions Ambassador at Fordham. Dana holds a B.A. in Psychology and Education Policy from Brandeis University.