Hollywood has to Pay: The Costs of Contractual Agreements in the Age of #MeToo - Fordham Intellectual Property, Media & Entertainment Law Journal
25568
post-template-default,single,single-post,postid-25568,single-format-standard,ajax_fade,page_not_loaded,,select-theme-ver-3.3,wpb-js-composer js-comp-ver-6.0.5,vc_responsive

Hollywood has to Pay: The Costs of Contractual Agreements in the Age of #MeToo 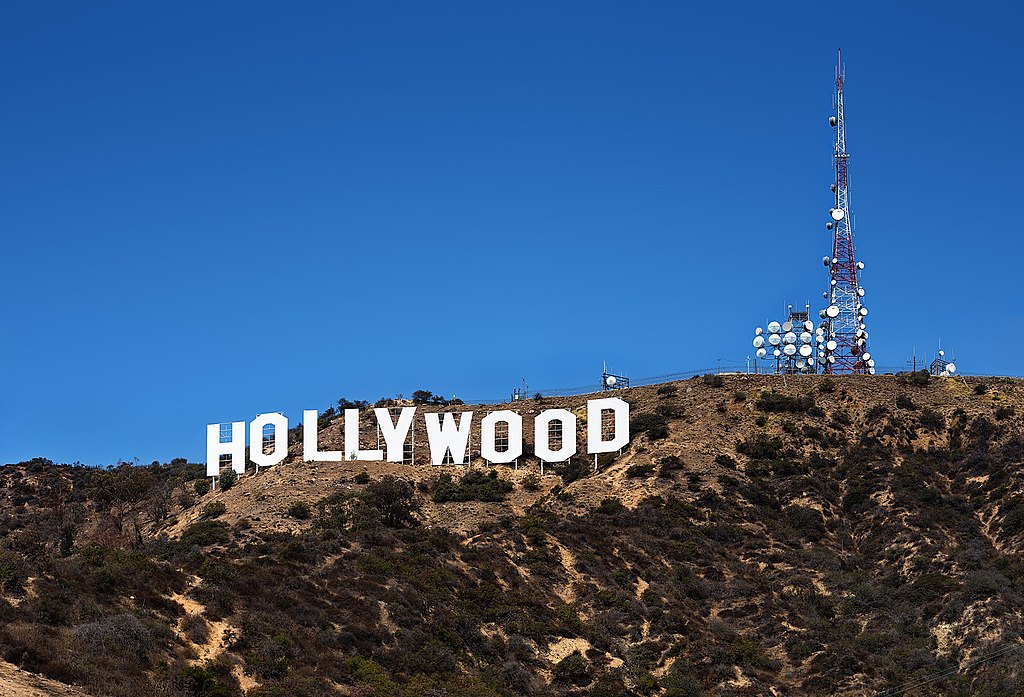 Hollywood has to Pay: The Costs of Contractual Agreements in the Age of #MeToo

In the past two years, the #MeToo movement has pushed the boundaries of numerous entertainment agreements and resulted in the unraveling of countless Hollywood contracts. Studios are facing the difficult legal dilemmas of how to terminate contracts without a morality clause and how to navigate valid live-agreements. In the headlines the past three months are three major studio agreements — old and new — which are being questioned. Michael Jackson’s estate is currently charging HBO with breaching a clause in a 27-year-old contract. Bryan Singer may reportedly lose out on his back-end profits from Bohemian Rhapsody. Woody Allen is suing Amazon for breaching a $70 million dollar agreement. Even though the resolutions may not be disclosed, conclusions can be drawn based on the result of recent projects impacted by allegations against actor Kevin Spacey.

Michael Jackson: An Old Agreement on the New Legal Landscape

In 1992, Michael Jackson and HBO entered an agreement to air the live special Michael Jackson in Concert in Bucharest: The Dangerous Tour.1 Within that contract, HBO agreed to a non-disparagement clause and a “notify and consult” clause.2 The first clause stated that the network could not “do any act that may harm or disparage or cause to lower in esteem the reputation or public image” of Jackson or his team.3 The second required HBO to consult with Jackson if the network intended to air additional programing about Jackson in the future.4

The two-part documentary Leaving Neverland aired on HBO on March 3rd and 4th, 2019.5 The documentary tells the story of two boys who allege Jackson sexually abused them.6 Before the documentary’s release, Jackson’s estate filed a lawsuit alleging that HBO could not air the documentary due to the 1992 contract.7 The suit alleges that this documentary breaches both the non-disparagement and consult clauses.8

This claim relies on two factors. First, that the contract is still live and valid even though  The Dangerous Tour special is no longer in circulation on HBO. Second, the lawsuit’s claims may only apply against HBO because of the 1992 agreement; they would not apply to other networks that air the documentary presuming no prior contract exist.

Considering HBO’s decision to air the documentary, the network either does not think the 27-year-old contract has precedent over this program, or the network is willing to absorb potential settlement costs.

Brian Singer: Credit is Worth More than an Award

Bohemian Rhapsody, released in late 2018, was a box office success grossing roughly $433 million worldwide and won countless awards including the Golden Globe for Best Motion Picture-Drama.9 As the film gained praise worldwide, notably absent from its publicity was Director Bryan Singer. Even though Singer was removed from the project with about two weeks left of filming at the end of 2017, Singer is still credited as the film’s director.10

The reason for Singer’s exit was attributed to a family emergency. However, days after his exit, a lawsuit alleging rape was filed against Singer.11 In the following year, numerous other alleged victims came forward with their own claims against the director.12 With allegations mounting, Singer’s was preemptively removed from the movie Red Sonja13—notably the studio is able to take this step because Singer did not have a pay-or-play deal.14

Since Singer retained his credit, and seemingly finished out his contract, the studio, Twentieth Century Fox, must reckon with one last term of their agreement: backend profits.15 It is likely that Singer’s contract included a percentage of profits if the movie broke even; however, if Singer had forfeited his director credit, such payment would be lost.16

The timing of the allegations was beneficial to the Director and incredibly costly for the studio, which is seemingly on the line to pay the Director $40 million.17 The contract seems in-tact because the studio allowed Singer to retain credit. However, that decision seems in large part to be based on the Director’s Guild of America’s one director rule, in which only one individual or directing entity can be credited as a film’s director.18 Nonetheless, because Singer was attributed credit, it is unlikely the Studio will be able to breach the backend payment agreement, unless there is an agreement specific loophole. Furthermore, it is expected that Fox did not negotiate a morality clause because the Directors Guild of America bans morality clauses in guild member agreements.19

Dating back to the 1920’s, morality clauses allow an employer to terminate a talent agreement if the employee acts in a way that does not uphold the moral standards or public image of the employer. 20 While morality clauses are typical in agreements, and especially prevalent in all contracts entered after 2017, they are notably absent from some contracts, including the agreement made between Woody Allen and Amazon.

In 2014, Amazon entered a roughly $70 million deal with Allen in exchange for the distribution rights to four movies.21 After production was completed on the first of the four films, 25-year old sexual abuse allegations against Allen resurfaced.22 Subsequently, actors disassociated themselves from the director and the project, and in June 2018, Amazon pulled out of the agreement.23 Allen has filed suit for breach of contract, and his attorney has stated: “Amazon has tried to excuse its action by referencing a 25-year old, baseless allegation against Mr. Allen, but that allegation was already well known to Amazon before Amazon entered into four separate deals with Mr. Allen — and, in any event it does not provide a basis for Amazon to terminate the contract.”24 They further state that Amazon elected not to negotiate a morals clause in spite of the well-known allegations.25 Amazon’s attorney has countered that unforeseeable events undermined the contract — and created a frustration of purpose for both parties.26

The suit will most likely end in a hefty settlement considering the purposeful exclusion of a moral’s clause and the monetary damage and loss of time Allen incurred from producing a film that will never see the light of day. Meanwhile Allen is set to begin his next project in Spain.27

Kevin Spacey is perhaps the best example of how Hollywood terminates contracts: with the studio absorbing a monetary loss in one way or another. At the end of 2017, Spacey was replaced in the film All the Money in the World and written out of House of Cards, while in 2018, the film Billionaire Boys Club was quietly released.

With one month until the release of Ridley Scott’s All the Money in the World, Spacey’s role as J. Paul Getty was recast and reshot.28 His replacement, Christopher Plummer, filmed twenty-two scenes, which were shot and edited within nine days to keep the film on track for its December release.29 Ultimately, the reshoots cost a reported $10 million,30 and Spacey was paid for his work.31 It is likely Spacey had a pay-or-play agreement in light of his payment, but he did lose credit for his work on the film.

Although the reshoots were costly, the film grossed roughly $64 million with an estimated budget of $50 million.32 The investment paid off with the film garnering several notable award nominations, including both a Golden Globe and Academy Award nomination for Christopher Plummer.33

Conversely, the film Billionaire Boys Club was not able to overcome Spacey’s attachment to the project. The film, which shot principal photography between 2015 and 2016, had a budget of $15 million, but suffered a dismal opening $618 in the U.S.34 Vertical Entertainment explained their choice to release the film and expressed hope that the film would not be tarnished by a supporting actor’s personal allegations.35 The lack of a morality clause reportedly cost the streaming service several million dollars to finish out Spacey’s contract.36

As allegations, lawsuits, and exposes come to light, the need for Hollywood to adjust its legal outlook on contracts becomes more evident. There is a demand for morality clauses in actor agreements, but they are not the final solution.37 In addition to being inapplicable for directors and writers, a morality clause risks being overly vague and dangerous if not drafted correctly.38 Parties will need to carefully define these clauses to avoid being fired for a studio’s minor grievances.

Meanwhile, Studios will need to prepare themselves for the costs that will inevitably come along with dropping talent — especially since pay-or-play agreements prevail as industry standard. More time will likely be spent carefully considering who is cast or attached to a film, television show, or other projects, and more hours will be assigned to lawyers to make sure agreements are airtight in the case of a ruined reputation. Studios will need to be prepared to cover the costs that come with firing, replacing, or doubling down on their investments on cast and crew.

Joanna Carbone is a second-year J.D. candidate at Fordham University School of Law and a staff member of the Intellectual Property, Media and Entertainment Law Journal. She received her Bachelor’s Degree in English and Communication from Villanova University. She currently works for the New York City Department of Environmental Protection Bureau of Legal Affairs.